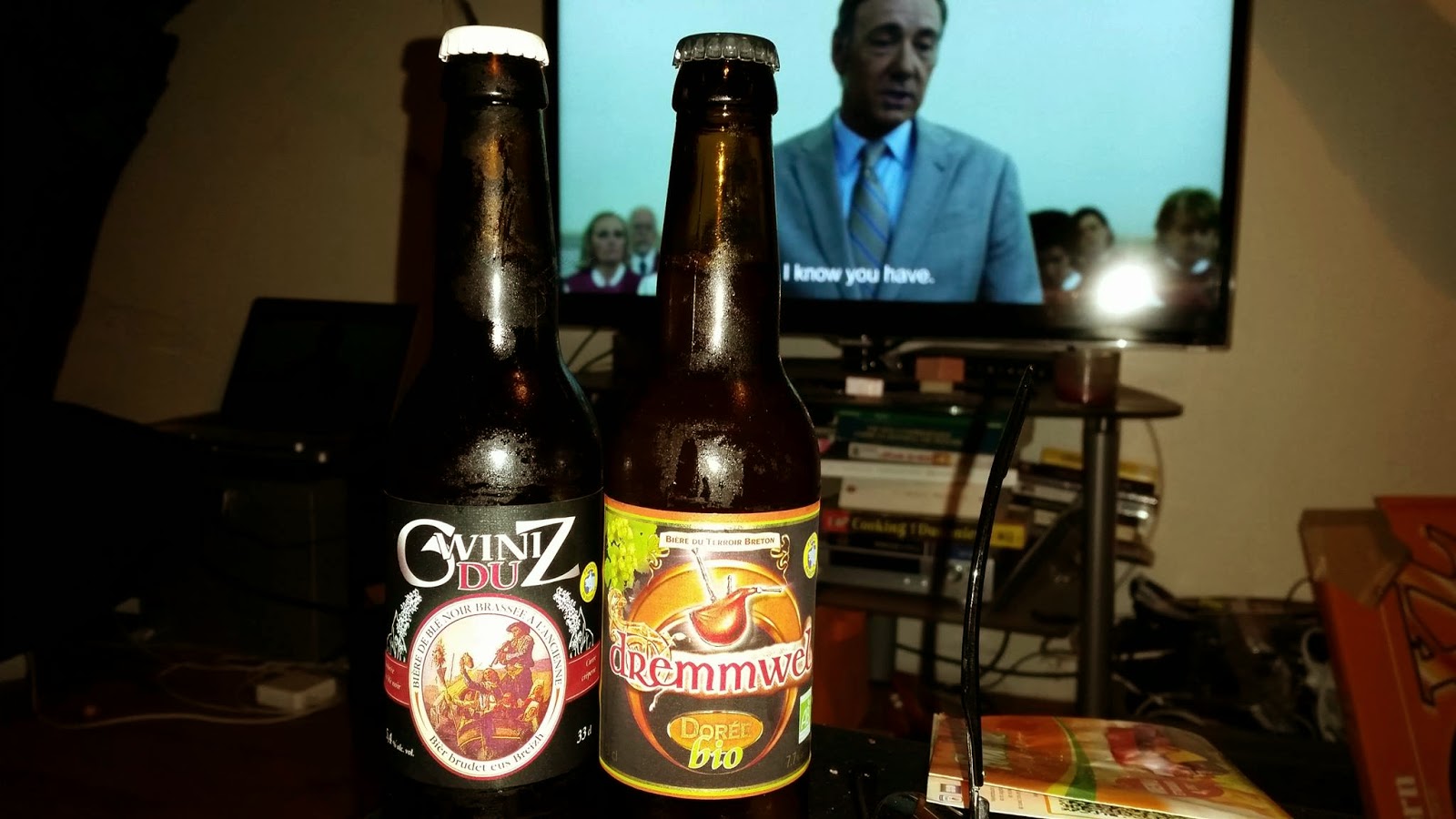 I know you have


Kevin Spacey knows. I know. No way of getting around it. Us beer folks have an attraction to beers we've never tried before. You know what I mean.

Blame Untappd for handing out badges, or bbc for touting the health benefits, but nothing can keep my hands from turning into bottle magnets with I see an uncategorized brew.

My friend pulled out these highbrow looking brews she had picked up in Bretagne and, although I immediately deduced from the labeling that they were commercial grade crap, I had to touch them. What are the ingredients? When was it bottled? And, what's the alcohol content?

One of the main things that keep me trying new beers that I know I'm not going to like is that the alcohol content isn't worth the palate assault. I'd rather drink shitty wine at a dirty bar than sip on low grade beer. Call me enterprising.

After giving the bottle a full examination, I dropped my beer snob barrier (it's not like all beers need to sheep shit smoked) and progressed to the tasting.

Also known as, getting drunk.

Nearly all the beers my generous hostess pulled from the cooler were over 7% abv. And since I don't actually use Untappd, I don't remember that much about em.

For you, my dear friends and readers, I'll try to give you some details about the Britt brand beers that I tried (to remember):

Gwiniz Du is 5.4% abv something or other which is made from the black buckwheat that is used in Bretagne to make black crepes. Which are delicious, so that's why I remember that, naturally.

Golden Dremmwel Bio is an organic 7.7% abv belgian style blond which didn't taste organic at all.

Celtika is an 8.8% abv lager, which has a very metal label. The devilish character on the front resembles the pro/antagonist in one of the best computer games of all time : Dungeon Keeper 2!

There were more I'm fairly sure, or just repeats of these ones but since you've seen the alcohol percentages I was swillin on, so I'm sure you can understand my lack of note taking ability. I had to touch them. I had to try them. Now that I have, I won't likely do it again.

Have you tried any new beers lately? Leave me a comment and I'll see if I remember having tried it. Or... if I don't remember.