Moonlighting with The Planets Series

You know what excites me more than Seth MacFarlane (of Family Guy fame) backing an authentic and refreshing remake of (all time legend) Carl Sagan's Cosmos?

Beers with planets on them.

Beginning in August (STARTING TODAY) and being released about every other month until July 2015, the series of seven beers are each inspired by a different piece of music from composer Gustav Holst.

As my friends and followers know, I'm obsessed with the idea of getting craft beer on to the planets before the big companies take over  : Beer on Mars. And encourage any and everyone to sign up for crowd funded planetary explorations.


If all The Planets Series aren't your thing 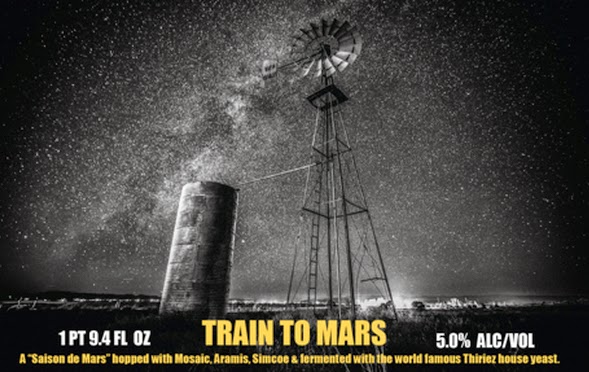 Transported by train or by orchestra, nothing can beat a lawn chair in a low light polluted area, soaking up universal wonder like this home made time lapse of the milky way :

May the froth be with you